Source code is available for this site at http://c4fcm.codebasehq.com/groundtruth/virtualgaza/tree/master 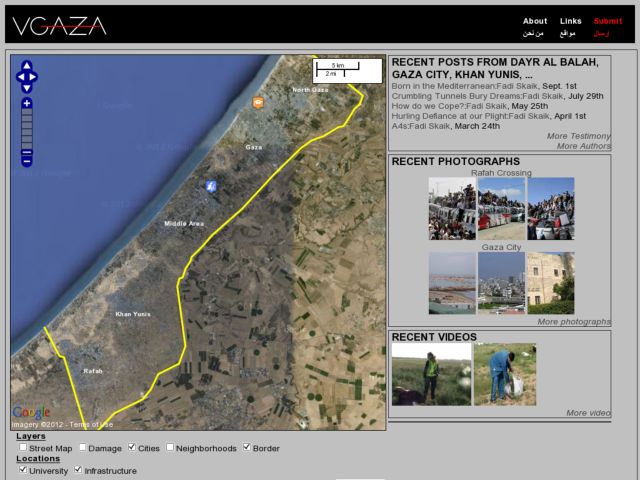 Collecting civilian testimonies during the January war in Gaza and its aftermath. Creating space where ordinary Palestinians under siege can describe their experiences in their own words, and where the destruction of the Gaza strip can be documented by those experiencing it directly. Virtual Gaza invites you to help break the information blockade.