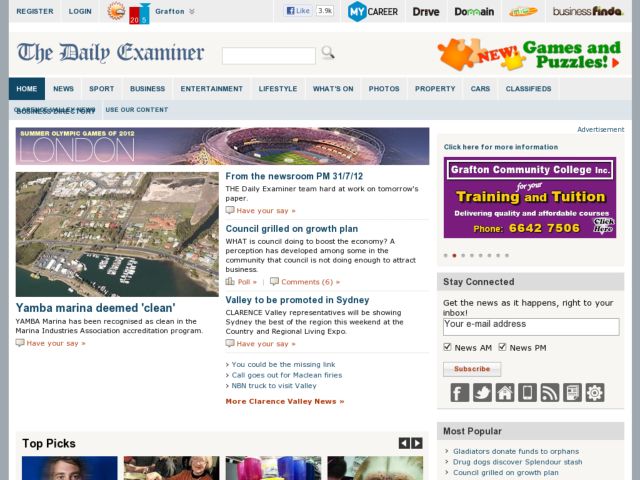 The Daily Examiner in 2004 celebrated 145 years of continuous publication, making it one of the oldest regional daily newspapers in Australia.

The Examiner, a community-minded Monday to Saturday tabloid, also boasts one of the fastest growing circulations in New South Wales, Australia - averaging almost 6000 papers a day.

A major redesign of The Examiner was highly commended in the PANPA 2002 Newspaper of the Year Awards for dailies and Sundays up to 20,000.

And the journalistic work of individual reporters and photographers consistently has been recognised in top national awards, including the Walkleys.