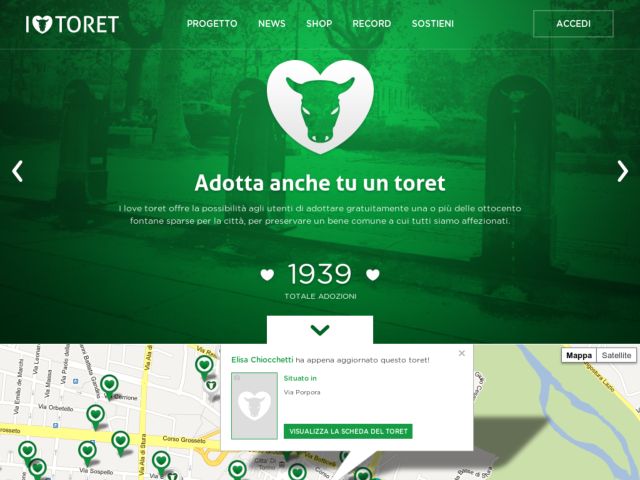 A social organization that offers the possibility to adopt and sustain the presence of one of the symbols of Turin city and territory: the bull-form fountains called in Turin dialect [HTML_REMOVED]toret[HTML_REMOVED]. Toret are more than eight hundred and are located in the city and in the suburban Turin area since more than a century.