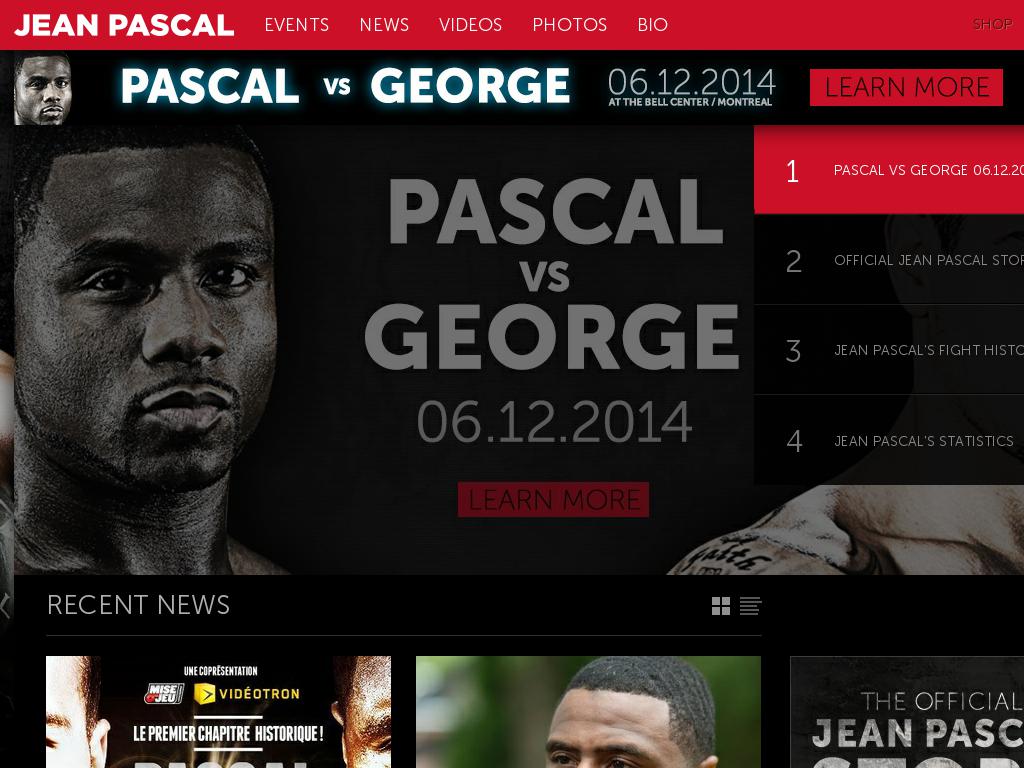 In anticipation for the biggest fight in Canadian History, Pascal vs. Bute -- favored boxer, Jean Pascal was as the height of his career after defeating Kuziemski in 2012 [HTML_REMOVED] Blades in 2013. Ready to take on any opponent worth fighting, Pascal’s popularity was increasingly growing with a Twitter follower-base topping nearly 150,000. Although Twitter [HTML_REMOVED] a variety of other social networks served him well as promotion tools, they didn’t provide him the value he sought from his brand. Most of his Tweets stayed on Twitter [HTML_REMOVED] didn’t linkback to any source that he could call the “Jean Pascal Home”. That’s because his previous online identity was built on outdated technology (flash), and didn’t provide the superstar with any functionalities to curate his own content, yet alone easily manage his career history.

Contrast Web acknowledged the opportunity to help an emerging superstar set himself on the right path for online personal branding and proposed to develop a one-of-a-kind platform that would reinvent both his online image [HTML_REMOVED] provide him with a tool that no other boxer in the world holds.