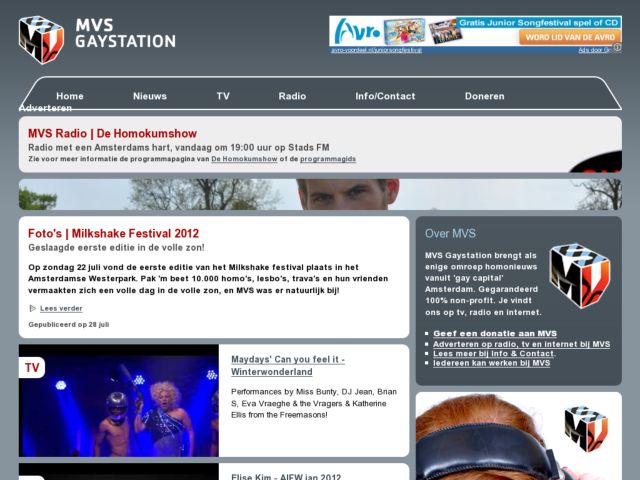 The broadcasting by MVS, which stands for Male, Female, Sexuality, was started as pirate radio by squatters in 1984. In 1986 the organization was legalized.